On this page you are able to review some of the non-web based work undertaken by Atomic Design Studio. Samples of Print Media, Video Editing and 3D animation, and Image Editing are available. 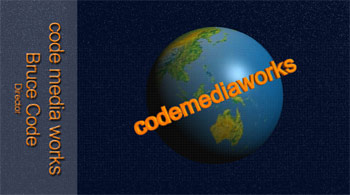 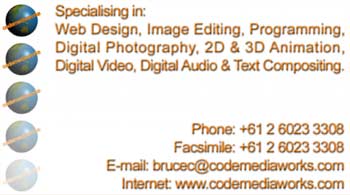 The above two images were the front and back of Bruce's business cards at one stage before he settled on the name 'Atomic Design Studio Pty Ltd.' 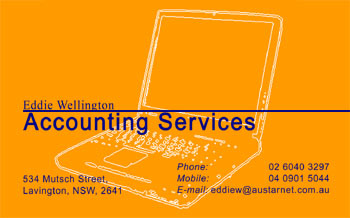 The following is an example of a business card. A digital photo was taken of a laptop and then altered to create the background of this card. Unfortunately some of the colour depth has been lost converting this image from CMYK to RGB. The orange was originally more vivid, with a redder hue.

The above is the logo done for TQM Services when the business first started up. This logo was used for letter head and on the web site. 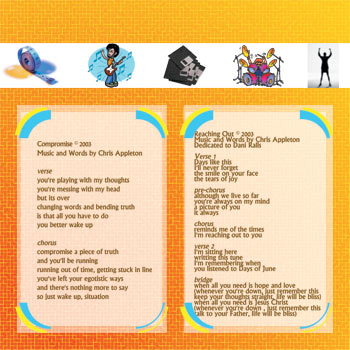 The above image was for the CD insert of the debut EP for a local band. In the end, the EP was never actually released.

Youth Alive is a national, Christian youth movement providing a variety of drug and alcohol free events and activities, courses and support for teens and young adults. The following two examples were done for the NSW State, and North Eastern Victorian branches respectively.

Youth Alive NSW was looking for an additional 'something' to display on the big screens on either side of the stage for their annual 'Count Down' concert. Bruce created this short (30 second) video clip for the occasion.

The animation features an old, brass bell style alarm clock counting down the months from the time of the concert (mid-to-late 1998) until the 1/1/2000. Once the hands reach the midnight position (1/1/2000), the alarm rings. Once the alarm has finished, the clock explodes, revealing the Youth Alive logo behind it. As the fragments of the clock disappear off the screen, the logo approaches toward the crowd. Once it reaches a certain point, each of the letters in the words 'Youth Alive' on the logo pop up, spin around and return to their spot. While the letters are animated, a spotlight effect draws diagonally across the logo from top-left to bottom-right, finally fading out altogether leaving the complete logo silhouetted on the screen.

The animation was created on a blue background in order to allow the Youth Alive staff in Sydney to perform a 'blue screen' effect (where the background is removed) and put whatever they wanted behind the clock during the animation. 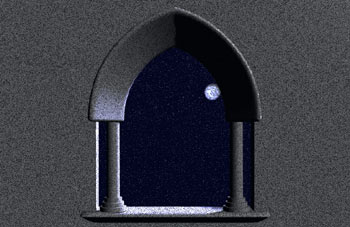 The regional Youth Alive group for North Eastern Victoria was holding their annual band event and was looking for something to add to the atmosphere of their concert. Bruce created the above 'Window', which was projected onto the screen above the stage for the entire night. It had a variety of other items projected over the top of it such as song lyrics, announcements, video, etc.